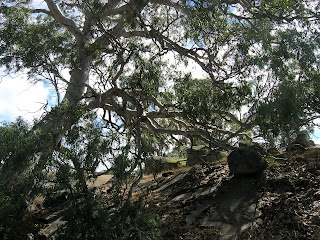 Birth Trauma
I talk a lot about normal birth, and I aim to protect and support the natural process whenever possible. However, the other side to the 'normal' birth coin is the 'abnormal'. The midwife's job is not only to work with the natural process, but to identify any complications and to take appropriate action to protect wellness in mother and baby.

There is a young man who works at the local grocery store, who has Erb's palsy - the paralysis of the brachial nerve. He has limited function in his Right arm and hand, which are small and distorted compared with the other. He gathers the shopping trolleys and arranges them in the front of the store - a job he has been doing since he was a teenager. He always seems cheerful and energetic.

This was probably a birth injury. Those moments between the birth of the baby's head, and the rotation of the whole body to free the leading shoulder, can be critical. The midwife or doctor attending the birth can either facilitate a normal birth which protects health and wellness, or potentially allow damage to the baby in a way that will never heal.

My thoughts on birth trauma have been stimulated this past week since Marie (not her real name) gave birth to her baby boy at home. This baby weighed over four kilos, and Marie had to work with all her might to give birth to him. I assisted her birth the baby's shoulders, gently supporting the baby 's head after it had restituted from occiput anterior to the transverse plane. The shoulder was not obstructed - my intervention was more from a concern that the baby needed to be born, to fill his lungs with air. I didn't want any unnecessary moments' delay in the birth process.

Baby was floppy and pale initially, but the cord pulsated strongly. I was confident that he would resuscitate spontaneously. Marie was kneeling and he was on the mattress under her, as I used nappies to dry him and stimulate him. Soon a raspy cry came from him, followed quickly by improvement in his colour. I knew that all was well. As Marie reached for him and took him into her arms I had a moment of deep thankfulness to God for this blessing.

Marie was quite exhausted, and became chilled. Although the weather was mild, her room was cool, and there had not been any room heater set up. I worked on getting her more stable as she held her baby to her breast. She was trembling and weak. I wanted to see the placenta out, and be sure that she was not going into shock from blood loss. Marie agreed to an injection of the synthetic oxytocic Syntocinon, and soon the placenta was birthed as I exerted some traction on the cord. Marie felt huge relief, and rested quietly.

Over the next hour or so the baby found the breast and began suckling strongly, while the mother's strength returned. I felt confident once more that any potential crisis had been averted. Later that evening when I left them, the parents were proud and happy, and ready to introduce their other little son to his new baby brother.

A baby's transition from the womb to the outside world has many points at which damage or trauma can occur. These include physical - the passage through the birth canal; and physiological - the opening of the lungs to take in air for the very first time; and the closing down of the placental circulation, leaving the baby reliant on his own body's systems for circulation, excretion, and nourishment. This transition takes place in a very brief space of time, and although the transition is usually without incident, it is of profound importance to the baby.

When I visited Marie the next morning I found her well, and her partner busily attending to the household. The new baby was sleeping quietly. Marie had noticed that his skin was yellow, and had placed him next to the window to expose him to light.

Jaundice in a healthy Term baby is usually manageable at home, but this was obviously more serious than physiological jaundice. I quickly explained that we needed to take baby to hospital, so that he could receive appropriate care. A baby who develops obvious jaundice in the first 24 hours of life needs medical management without delay. I made a call to the local hospital, so that they would expect this baby in the emergency department.

A blood test confirmed that the level of jaundice was high, and the baby was admitted and put under phototherapy lights in the Special Care Nursery. Marie stayed as a 'boarder', and continued breastfeeding every three hours. Baby fed vigorously. The next day the serum bilirubin levels had increased, as expected. After 48 hours the level was falling, and they went home after three days in hospital.

Marie asked me what was the risk if we had not gone to hospital. A serious complication that occurs when severe jaundice in not treated appropriately is brain damage and deafness. In Marie's case there was no indicator prior to the birth that the baby was likely to become jaundiced. The subsequent care that the baby needed was the same whether he had been born in a birth centre, hospital, or home.
Posted by Joy Johnston at 1:25 pm No comments: